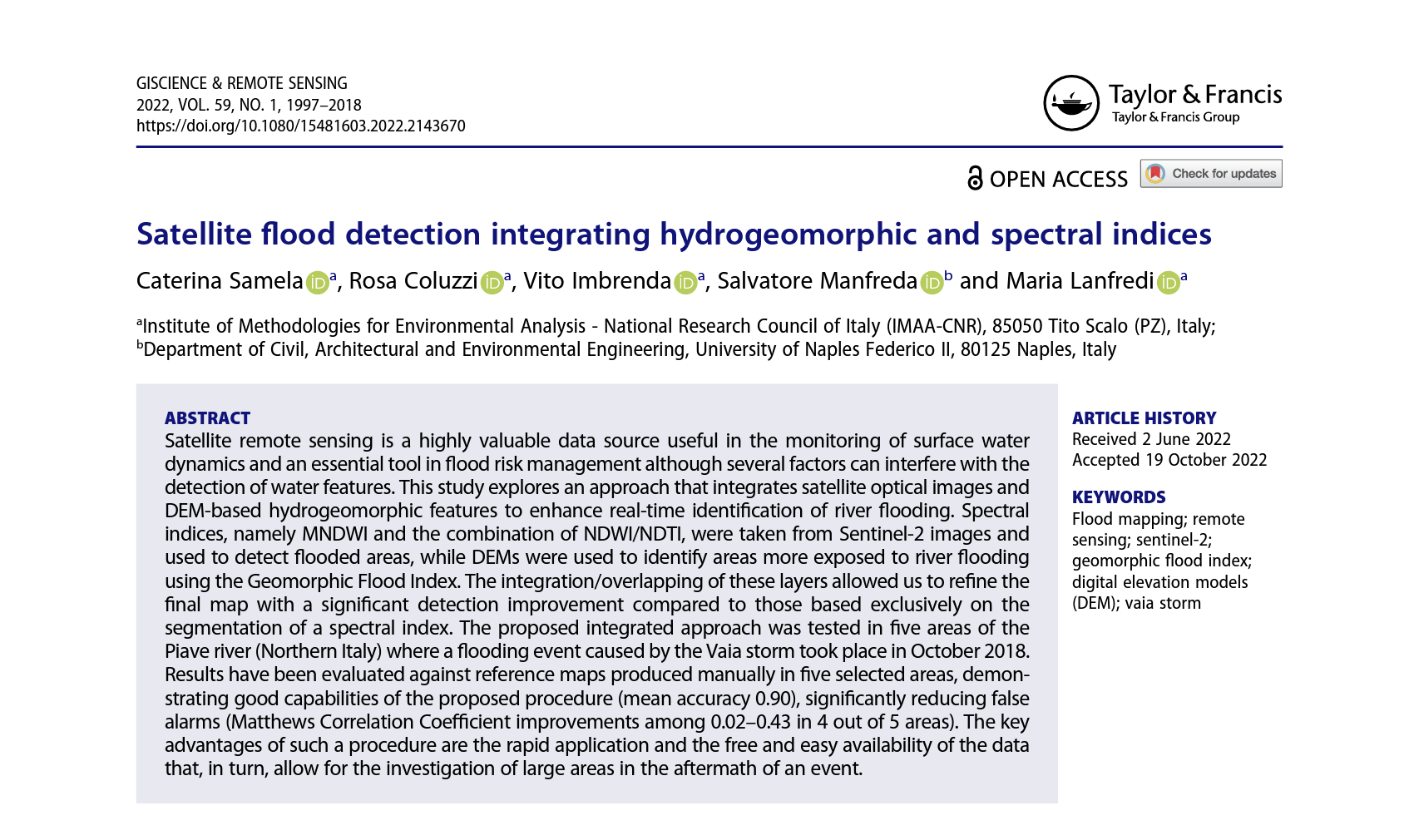 Satellite remote sensing is a highly valuable data source useful in the monitoring of surface water dynamics and an essential tool in flood risk management although several factors can interfere with the detection of water features. This study explores an approach that integrates satellite optical images and DEM-based hydrogeomorphic features to enhance real‐time identification of river flooding. Spectral indices, namely MNDWI and the combination of NDWI/NDTI, were taken from Sentinel-2 images and used to detect flooded areas, while DEMs were used to identify areas more exposed to river flooding using the Geomorphic Flood Index. The integration/overlapping of these layers allowed us to refine the final map with a significant detection improvement compared to those based exclusively on the segmentation of a spectral index. The proposed integrated approach was tested in five areas of the Piave river (Northern Italy) where a flooding event caused by the Vaia storm took place in October 2018. Results have been evaluated against reference maps produced manually in five selected areas, demonstrating good capabilities of the proposed procedure (mean accuracy 0.90), significantly reducing false alarms (Matthews Correlation Coefficient improvements among 0.02–0.43 in 4 out of 5 areas). The key advantages of such a procedure are the rapid application and the free and easy availability of the data that, in turn, allow for the investigation of large areas in the aftermath of an event.