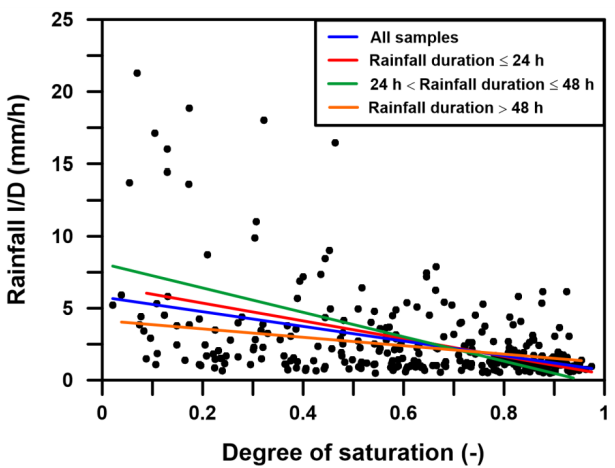 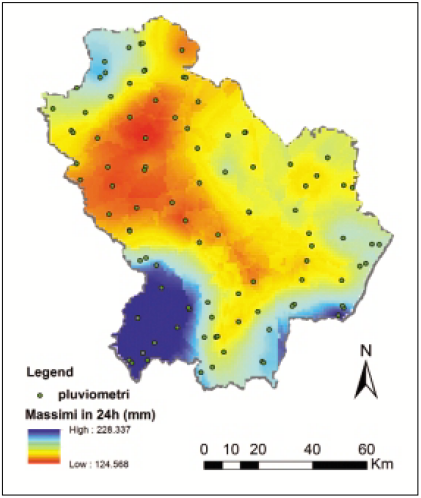 Basilicata is known for the highest frequency of extreme hydrological and geological events. Several landslides and floods have extensively affected the region because of its geological characteristics and dynamics of precipitation producing extensive damage to regional urban areas and infrastructures. In this work, an analysis of extreme events occurred from 1925 to 2015 in Basilicata region is carried out in order to characterize their spatial and temporal evolution. This allowed us to identify the most critical periods and the areas most frequently affected by events that have caused damage on territory. 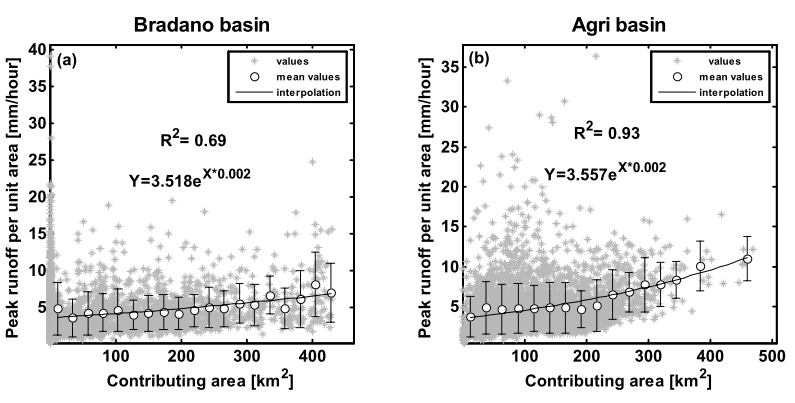 In the present research, we exploited a continuous hydrological simulation to investigate on key variables responsible of ﬂood peak formation. With this purpose, a distributed hydrological model (DREAM) is used in cascade with a rainfall generator (IRP-Iterated Random Pulse) to simulate a large number of extreme events providing insight into the main controls of ﬂood generation mechanisms. Investigated variables are those used in theoretically derived probability distribution of ﬂoods based on the concept of partial contributing area (e.g. Iacobellis and Fiorentino, 2000). The continuous simulation model is used to investigate on the hydrological losses occurring during extreme events, the variability of the source area contributing to the ﬂood peak and its lag-time. Results suggest interesting simpliﬁcation for the theoretical probability distribution of ﬂoods according to the different climatic and geomorfologic environments. The study is applied to two basins located in Southern Italy with different climatic characteristics.

The spatial distribution of soil properties is directly involved in the fluctuation of soil moisture conditions and in the runoff generation mechanisms. In this work, the influences of the physical characteristics of the contributing area to the peak flow were widely investigated with the aim of understanding the influences of each physical parameter. The study was conducted by means of a hydrological distributed model (Manfreda et al. [7]), applied on the study area of the Agri river basin at Tarangelo (507 km2), in the region of Basilicata, Italy. Two different time scales were used: the first with higher temporal resolution (1-hour) dedicated to the superficial routing, the latter at daily scale used for local water balances and subsurface flow evaluation. Using the model at daily scale, daily soil moisture maps and the river discharge at the outlet are obtained. These results were used as input for the model at the hourly scale in order to describe the initial conditions in the watershed for event simulations. The simulation was carried on by using a synthetic hourly rainfall series generated by using the IRP model proposed by Veneziano & Iacobellis [9]. By using the rainfall-runoff model it was possible to simulate a large number of extreme events and consequently evaluate the relative contributing area to the peak flow. Specifically, every cell of these areas was classified for its vegetational, pedological and morphological characteristics with the aim of interpreting the relationship between physical properties and potential contribute to flow peaks.