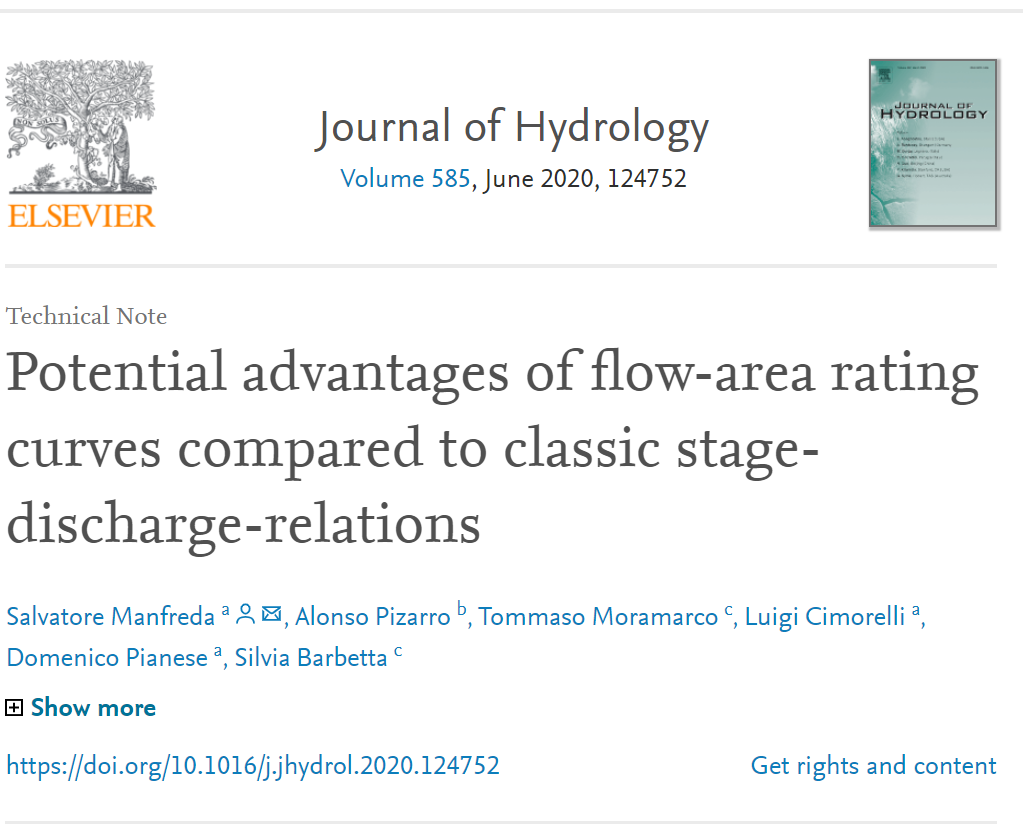 River monitoring is a critical issue for hydrological modelling that strongly relies on the use of Flow Rating Curves (FRCs). In most of the cases, FRCs are approximated by least-squares fitting, whose performance may be influenced by measurements variability, which is often limited in high values. In this context, a new formulation has been recently introduced to exploit available knowledge on cross-sectional geometry for a more robust derivation of FRCs. This method combines the wetted-area/stage and the cross-sectionally averaged velocity/stage functions in the FRCs derivation limiting, at least partially, the uncertainty in the extrapolation of higher discharge values. The methodology is tested on four gauged cross-sections of the Tiber River basin, where a relatively high number of measurements are available. This dataset is used to test the reliability of the new approach with respect to the classic method in relatively stable river cross-sections. A jackknifing approach is used to understand the role played by the number of gaugings and range of observations on the applicability of the new formulation highlighting its advantages in data-scarce environments. In particular, we observed that the new approach becomes advantageous when the observations are limited both in terms of the range of observations or in terms of sample size (i.e., <10 samples).

River monitoring is a critical issue for hydrological modelling that relies strongly on the use of flow rating curves (FRCs). In most cases, these functions are derived by least-squares fitting which usually leads to good performance indices, even when based on a limited range of data that especially lack high flow observations. In this context, cross-section geometry is a controlling factor which is not fully exploited in classical approaches. In fact, river discharge is obtained as the product of two factors: 1) the area of the wetted cross-section and 2) the cross-sectionally averaged velocity. Both factors can be expressed as a function of the river stage, defining a viable alternative in the derivation of FRCs. This makes it possible to exploit information about cross-section geometry limiting, at least partially, the uncertainty in the extrapolation of discharge at higher flow values. Numerical analyses and field data confirm the reliability of the proposed procedure for the derivation of FRCs.