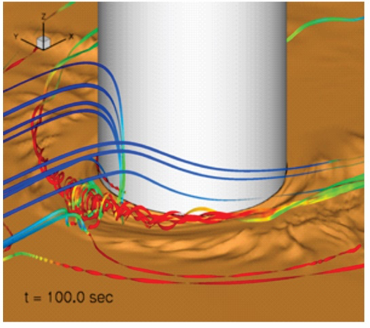 The scour at bridge foundations caused by supercritical flows is reviewed and knowledge gaps are analyzed focusing on the flow and scour patterns, on available measuring techniques for laboratory and field, and on physical and advanced numerical modeling techniques. Evidence suggest that scour depth caused by supercritical flows is much smaller than expected, in the order of magnitude of that found in subcritical flows, although the reasons explaining this behavior remain still unclear. Important questions on the interaction of the horseshoe vortex with the detached hydraulic-jump and the wall-jet flow observed in supercritical flows arise, e.g. does the interaction between the flow structures enhance or debilitate the bed shear stresses caused by the horseshoe vortex? What is the effect of the Froude number of the incoming flow on the flow structures around the foundation and on the scour process? Recommendations are provided to develop and adapt research methods used in the subcritical flow regime for the study of the more challenging supercritical flow case. 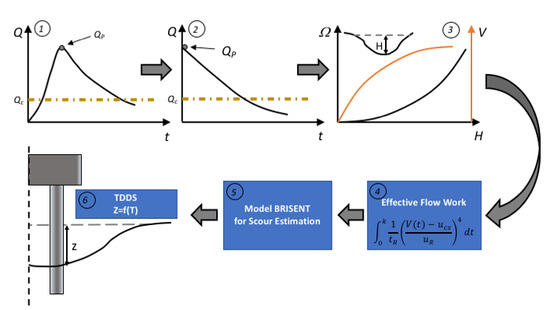 Based on recent contributions regarding the treatment of unsteady hydraulic conditions in the state-of-the-art scour literature, theoretically derived probability distribution of bridge scour is introduced. The model has been derived assuming a rectangular hydrograph shape with a given duration, and a random flood peak, following a Gumbel distribution. A model extension for a more complex flood event has also been presented, assuming a synthetic exponential hydrograph shape. The mathematical formulation can be extended to any flood-peak probability distribution. The aim of the paper is to move forward the current approaches adopted for the bridge design, by coupling hydrological, hydraulic, and erosional models, in a mathematical closed form. An example of the application of the proposed distribution has been included with the aim to provide a guidance for the parameters estimation. 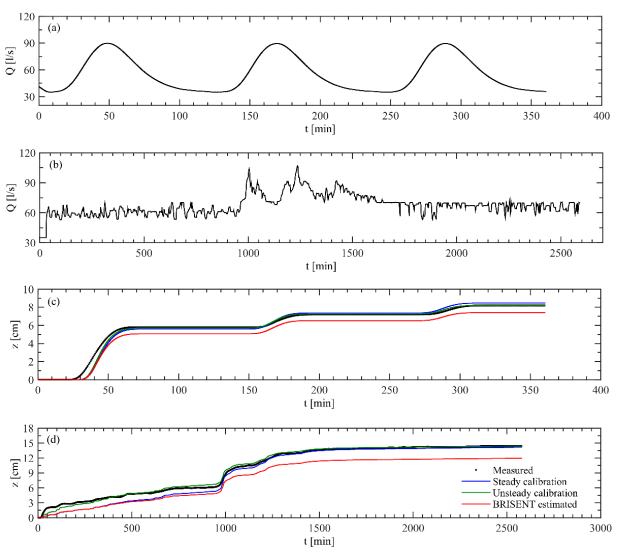 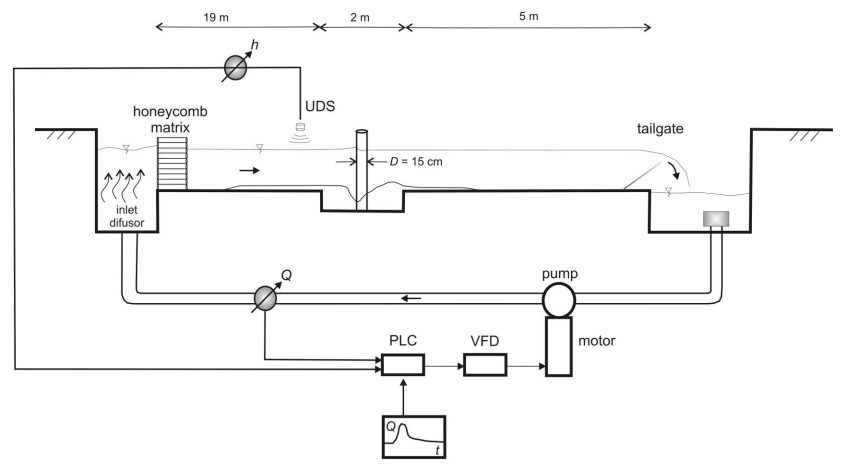 The pier scour caused by flood waves is analyzed, introducing the dimensionless effective work by the flow on the sediment bed around the pier, W*. The three-parameter exponential function is adopted to relate the normalized scour depth Z* with W*. A novel experimental installation able to reproduce any hydrograph with high precision in the laboratory flume is described and used to carry out four series of scour experiments in order to calibrate and validate the proposed relation. The first series consists of experiments with constant discharge until advanced stages of scour. The second and third series of experiments use single flood waves of different shapes and durations, respectively. The fourth series consists of scour experiments caused by more realistic flow hydrographs with multiple peaks. Results show that the relation between W* and Z* is unique and thus W* represents a reliable concept for the prediction of the flood wave scour because it appropriately integrates the effects of the hydrograph properties, duration, peak discharge, and shape, on scour. The proposed relation allows a straightforward prediction of maximum scour depth after a flood wave with high precision. A good agreement between measured and computed scour was observed in all cases. 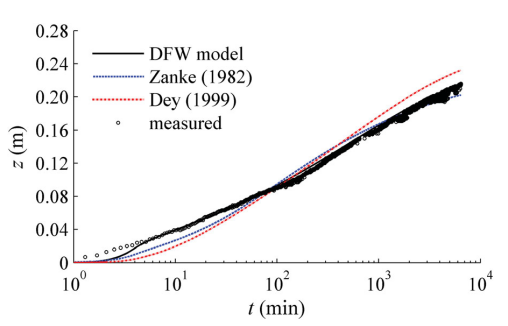