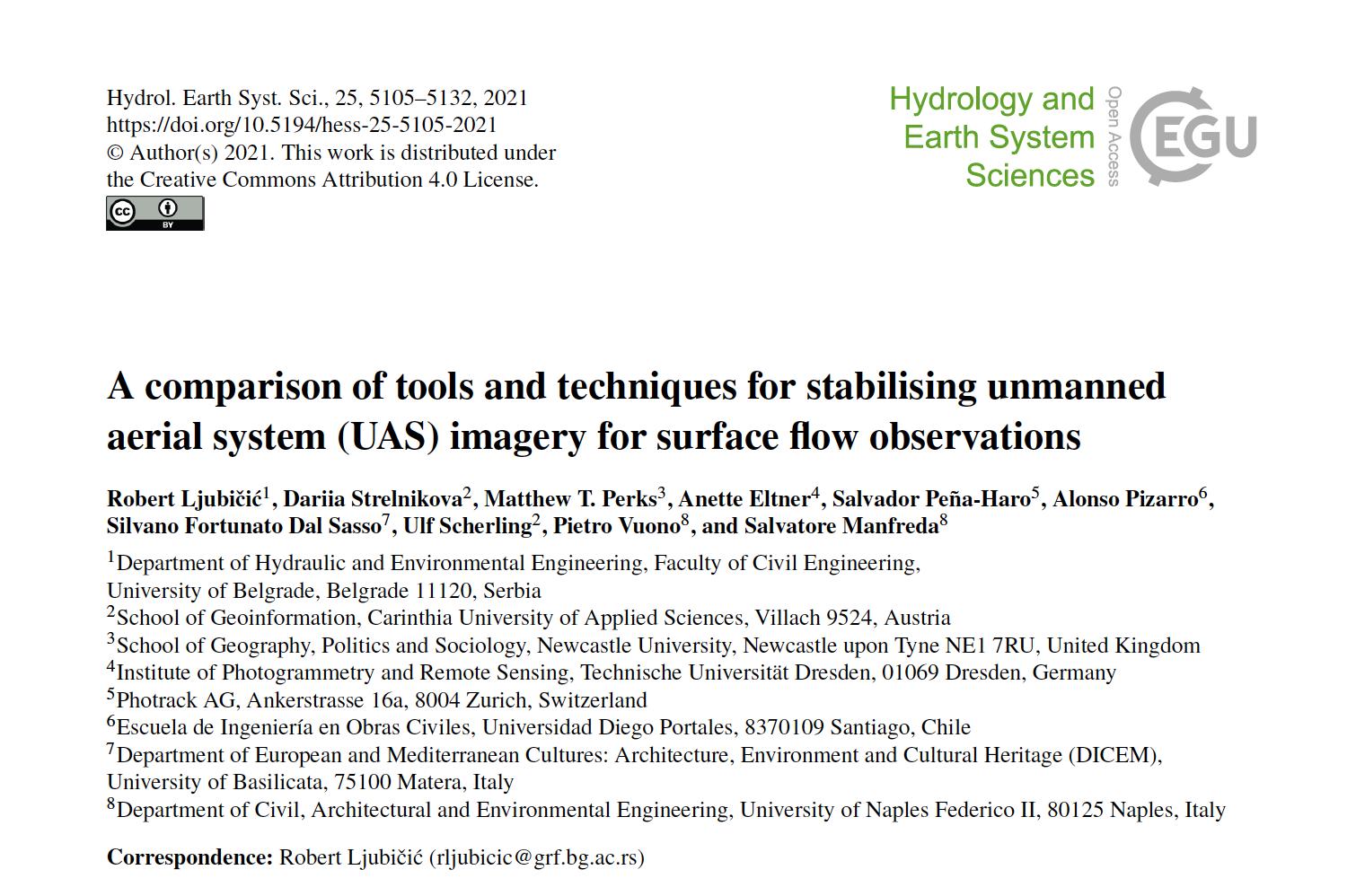 While the availability and affordability of unmanned aerial systems (UASs) has led to the rapid development of remote sensing applications in hydrology and hydrometry, uncertainties related to such measurements must be quantified and mitigated. The physical instability of the UAS platform inevitably induces motion in the acquired videos and can have a significant impact on the accuracy of camera-based measurements, such as velocimetry. A common practice in data preprocessing is compensation of platform-induced motion by means of digital image stabilisation (DIS) methods, which use the visual information from the captured videos – in the form of static features – to first estimate and then compensate for such motion. Most existing stabilisation approaches rely either on customised tools developed in-house, based on different algorithms, or on general purpose commercial software. Intercomparison of different stabilisation tools for UAS remote sensing purposes that could serve as a basis for selecting a particular tool in given conditions has not been found in the literature. In this paper, we have attempted to summarise and describe several freely available DIS tools applicable to UAS velocimetry. A total of seven tools – six aimed specifically at velocimetry and one general purpose software – were investigated in terms of their (1) stabilisation accuracy in various conditions, (2) robustness, (3) computational complexity, and (4) user experience, using three case study videos with different flight and ground conditions. In an attempt to adequately quantify the accuracy of the stabilisation using different tools, we have also presented a comparison metric based on root mean squared differences (RMSDs) of inter-frame pixel intensities for selected static features. The most apparent differences between the investigated tools have been found with regards to the method for identifying static features in videos, i.e. manual selection of features or automatic. State-of-the-art methods which rely on automatic selection of features require fewer user-provided parameters and are able to select a significantly higher number of potentially static features (by several orders of magnitude) when compared to the methods which require manual identification of such features. This allows the former to achieve a higher stabilisation accuracy, but manual feature selection methods have demonstrated lower computational complexity and better robustness in complex field conditions. While this paper does not intend to identify the optimal stabilisation tool for UAS-based velocimetry purposes, it does aim to shed light on details of implementation, which can help engineers and researchers choose the tool suitable for their needs and specific field conditions. Additionally, the RMSD comparison metric presented in this paper can be used in order to measure the velocity estimation uncertainty induced by UAS motion.