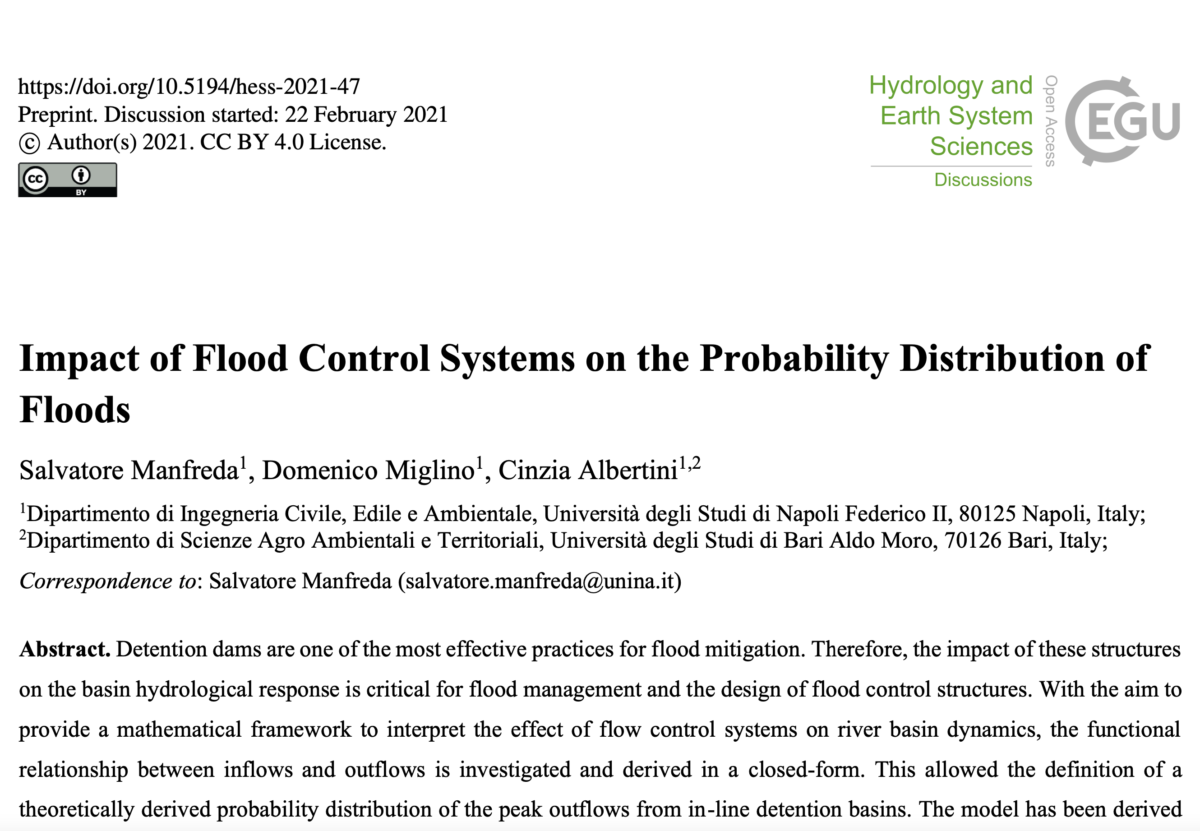 Detention dams are one of the most effective practices for flood mitigation. Therefore, the impact of these structures on the basin hydrological response is critical for flood management and the design of flood control structures. With the aim to provide a mathematical framework to interpret the effect of flow control systems on river basin dynamics, the functional relationship between inflows and outflows is investigated and derived in a closed-form. This allowed the definition of a theoretically derived probability distribution of the peak outflows from in-line detention basins. The model has been derived assuming a rectangular hydrograph shape with a fixed duration, and a random flood peak. In the present study, the undisturbed flood distribution is assumed to be Gumbel distributed, but the proposed mathematical formulation can be extended to any other flood-peak probability distribution. A sensitivity analysis of parameters highlighted the influence of detention basin capacity and rainfall event duration on flood mitigation on the probability distribution of the peak outflows. The mathematical framework has been tested using for comparison a Monte Carlo simulation where most of the simplified assumptions used to describe the dam behaviours are removed. This allowed to demonstrate that the proposed formulation is reliable for small river basins characterized by an impulsive response. The new approach for the quantification of flood peaks in river basins characterised by the presence of artificial detention basins can be used to improve existing flood mitigation practices, support the design of flood control systems and flood risk analyses.