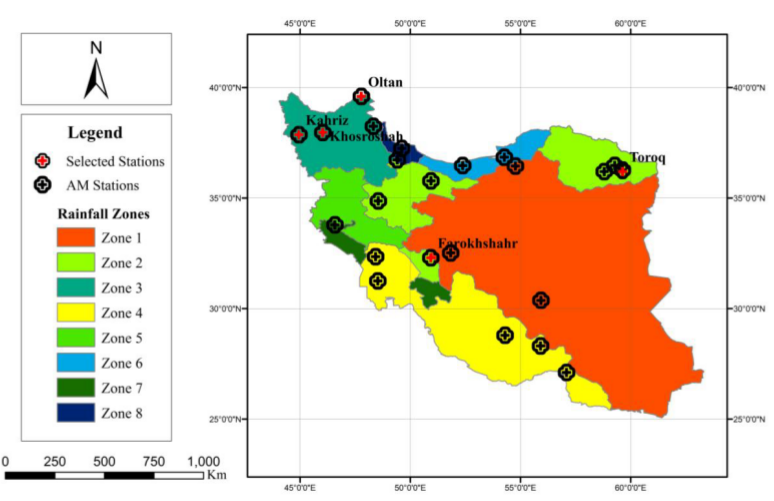 Monitoring Surface Soil Moisture (SSM) and Root Zone Soil Moisture (RZSM) dynamics at the regional scale is of fundamental importance to many hydrological and ecological studies. This need becomes even more critical in arid and semi-arid regions, where there are a lack of in situ observations. In this regard, satellite-based Soil Moisture (SM) data is promising due to the temporal resolution of acquisitions and the spatial coverage of observations. Satellite-based SM products are only able to estimate moisture from the soil top layer; however, linking SSM with RZSM would provide valuable information on land surface-atmosphere interactions. In the present study, satellite-based SSM data from Soil Moisture and Ocean Salinity (SMOS), Advanced Microwave Scanning Radiometer 2 (AMSR2), and Soil Moisture Active Passive (SMAP) are first compared with the few available SM in situ observations, and are then coupled with the Soil Moisture Analytical Relationship (SMAR) model to estimate RZSM in Iran. The comparison between in situ SM observations and satellite data showed that the SMAP satellite products provide more accurate description of SSM with an average correlation coefficient (R) of 0.55, root-mean-square error (RMSE) of 0.078 m3 m-3 and a Bias of 0.033 m3 m-3. Thereafter, the SMAP satellite products were coupled with SMAR model, providing a description of the RZSM with performances that are strongly influenced by the misalignment between point and pixel processes measured in the preliminary comparison of SSM data.