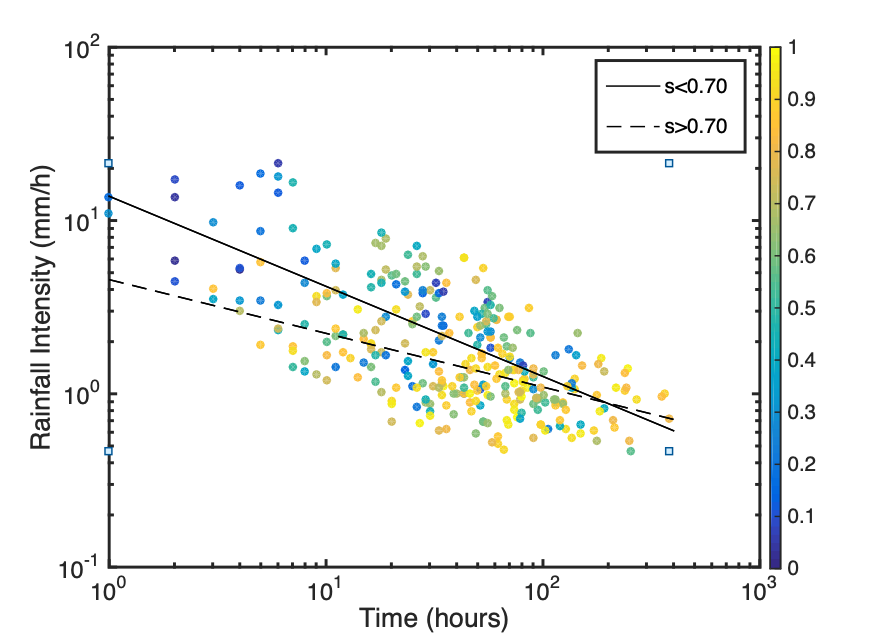 Rainfall-triggered shallow landslides have caused losses of human life and millions of euros in damage to property in all parts of the world. The need to prevent such phenomena combined with the difficulty to describe the geo-physical processes over large scales led to the adoption of empirical rainfall thresholds derived from the observed relationship between rainfall mean intensity and duration and landslide occurrence. These thresholds are generally obtained neglecting the role of the antecedent moisture conditions that should be taken into consideration. Therefore, traditional approaches that neglect such parameter may have a limited value in the early-warning systems. In the present manuscript, we explored the role of antecedent soil moisture on critical rainfall intensity–duration thresholds highlighting its impact.This study was carried out using a record of 326 landslides occurred in the last 18 years in the Basilicata region (southern Italy). Besides the ordinary data (i.e. rainstorm intensity and duration), we also derived the antecedent moisture conditions using a parsimonious hydrological model. We found that antecedent soil saturation plays a crucial role on landslide triggering, which may support the improvement of forecast systems. In particular, this parameter seems to control rainfall thresholds that tend to assume lower values when a rainfall event is occurring on a saturated soil.