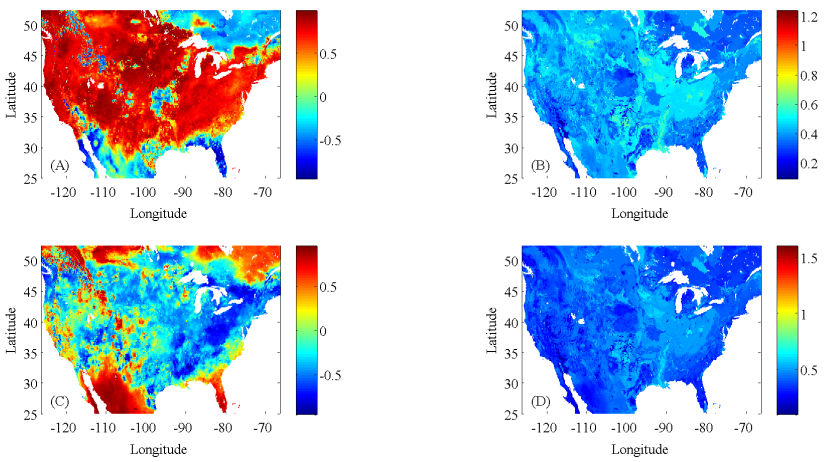 In the present work, we developed a new formulation for the estimation of the soil moisture in the root zone based on the measured value of soil moisture at the surface. The method sheds lights on the relationship between surface and root zone soil moisture and has applications in the use of satellite remote sensing retrievals of soil moisture. It derives from a simpliﬁed form of the soil water balance equation and provides a closed form of the relationship between the root zone and the surface soil moisture with a limited number of physically consistent parameters. The approach was ﬁrst used to interpret soil moisture dynamics at the point scale using soil moisture measurements taken from the African Monsoon Multidisciplinary Analysis (AMMA) database. There after it was also tested over an extended domain using modeled soil moisture data obtained from the North American Land Data Assimilation System (NLDAS). The NLDAS database provides modeled soil moisture data averaged over diﬀerent depths for the conterminous US covering diﬀerent climatic and physical conditions. In general, the method performed better than a traditional low pass ﬁlter and its results are found to be inﬂuenced by rainfall dynamics and also by the observed variance of soil moisture in the lower layer. The limited number of the parameters and their physical interpretation allows a direct application of the procedure to other regions.